The THeory of the Brahmins 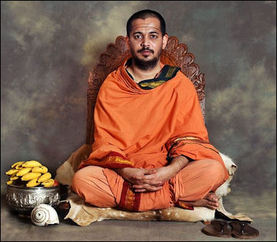 The Brahmin Theory credits the Brahmin priests with the transmission of Indian culture to Southeast Asia.

It is logical that the Brahmins were the main reason Indianisation took place. Being the top caste in India's caste system, the Brahmins were highly knowledgeable. They knew the Sanskrit codes regarding the law, the art of government, as well as architecture and would therefore be able to serve as developmental planners in various fields. It is theorised that because of this, they would have been welcomed by early Southeast Asian rulers. This is evidenced by the fact that several early states of Southeast Asia had Indian priests as their rulers, showing that they were in a position in which they would be easily able to spread the Indian culture.

Furthermore, the Brahmin priests also had extensive knowledge about abstract subjects such as the cosmic universe. This concept would undoubtedly appeal to the animistic people of early Southeast Asia. In addition, the Brahmins generally married local women from wealthy families. All this would lead to them gaining greater respect from the indigenous people, who would then be more willing to listen to their ideas.

Now, let's move on to the next part of this exhibit, the Kshatriya Theory.
Powered by