The Mahabharata is one of the two major Sanskrit epics of ancient India, dating back as far as the 8th Century BCE.

It discusses Indian philosophical ideas about law, justice and righteousness, where those who follow the dictates of the dharma (justice) are rewarded and those who don't are not. This is according to Hindu law, where each individual has a specific place in society and must behave in strict accordance with her or her caste.

The Mahabharata contains many different substories. The main story arc, however, centres around two lineages of paternal cousins - the Pandavas (the five sons of King Pandu) and the Kauravas (the one hundred sons of the King Dhritarashtra) - and their battles over the kingdom of Bharata. 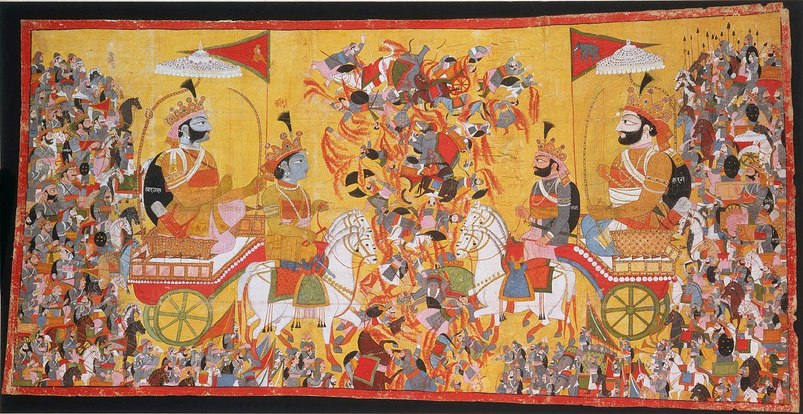 The Kurukshetra War - The battle between the Pandavas and the Kauravas

The mahabharata's impact on southeast asia

Due to Indianisation, the Mahabharata was brought to Southeast Asia and left a lasting impact on the culture and traditions of the region.

Firstly, the Mahabharata is now one of the most popular subjects of Wayang Kulit performances in the region. This is because during the 7th to 14th century, it was used as a medium to convey Indian ideas and the Hindu religion. Even today, performances about the Mahabharata are still held around the Indomalayan Archipelago. This shows that the influence of the Indian epic Mahabharata is still present in the the theatre and arts scene of Southeast Asia.

In addition, there are many sculptures and statues portraying characters from the Mahabharata. An example would be Angkor Wat in Cambodia, which has many bas-reliefs portraying stories from this Sanskrit epic. The fact that so many sculptures and reliefs depicting the story exist in Southeast Asia clearly evidences the lasting impact the Mahabharata had on the region.

Another example of the Mahabharata's influence on Southeast Asia is the Kathakali, a stylised classical dance-drama which originated from Kerala, South India. It is portrays various substories of the Mahabharata, such as "The Fight Against Bega the Demon". It is still performed in Singapore nowadays by Bhaskar's Arts Academy Kathakali Troupe. For more information on upcoming Kathakali performances you can attend, visit their website.

It can be concluded that Indianisation influenced Southeast Asia through the ancient Indian epic, the Mahabharata. This can be seen through the region's frequent portrayal of the story through forms such as theatre, sculpture and dance. 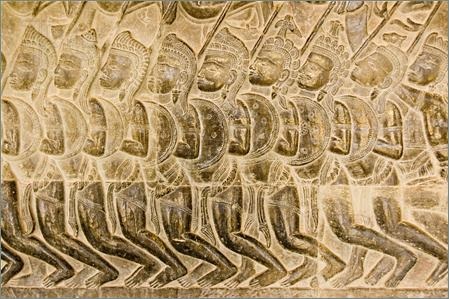