religion in the khmer empire 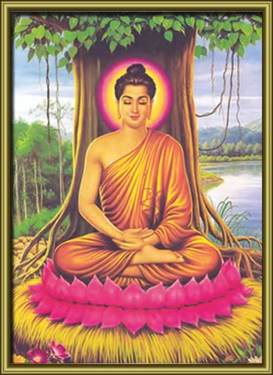 Indianisation involved the spreading of religions such as Buddhism and Hinduism to the early Southeast Asian empires. This includes the Khmer Empire.

Majority of the people of the Khmer Empire followed the Khmer style of Buddhism, which blends elements from Theravada Buddhism with Hinduism and the animistic culture of spirit worship. The widespread practice of Buddhism in the empire shows the strong and pervasive influence of Indianisation on the empire. In addition, the blending of Buddhism with other beliefs is a form of syncretism, proving that Southeast Asians weren't merely passive recipients of Indian influence but instead adapted it to suit their needs, disproving the Kshatriya Theory of Indianisation.

In addition, religion was practised in temples architecturally similar to the temples in India. In Angkor, the ancient kings built over 700 temples, the largest of which was Angkor Wat, which covers an area of over 500 acres. The great number of temples built further indicates the strong extent of Indian influence, in the form of religion, throughout the Khmer Empire.