The theory of the kshatriyas 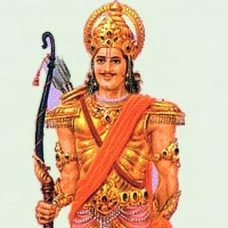 This theory presupposes that Indian cultural expansion was due to the seminal influence of the Kshatriyas, the caste of warriors, who conquered the land through war.

Indian influence in the region was pervasive and prominent, as seen by how many strong Southeast Asian empires have adopted many Indian cultural practices and beliefs. For there to be such a heavy Indian influence, it would seem nearly impossible for it to have just been brought about by exchange of cultural ideas and philosophies.

The theory is founded on the basis that such influence would most probably require extensive power and forceful means, and the most effective way of achieving that would be through military conquest. India was also more than capable of such military conquest.

Instead, indigenous cultures still exist, and there's still a great diversity of cultures in the region. For example, in Bali, while majority of the people are Hindu like in India, the similarities stop there. While India's rituals are relatively simple, Balinese Hindu rituals are much more elaborate and celebratory. Another difference is that the attire of the Brahmin priests in Bali differs from that of the priests in India as it has traditional Balinese roots. This shows that Southeast Asian countries have not fully adopted India's customs, but instead have adapted them to suit their needs. In addition, they have also practised syncretism, such as by combining the Hindu religion with traditional Balinese culture.  ﻿

All this would not have been possible if the region had truly been conquered through military conquest of the Kshatriyas. Thus, this theory is now more widely believed to be false.

Click here to continue on to the next segment of this exhibit, the Vaishya Theory.
Powered by